What Are Brown Marmorated Stink Bugs?

In the United States and elsewhere, the Brown Marmorated Stink Bug is one of the worst invasive pest insects. It recently came from Asia to the United States, and it is named for the odor it releases when scared. It will also release a foul odor when it is crushed, so it is best to remove them using other methods. The first stink bugs in the United States were found in Allentown, Pennsylvania in the mid-90s. Since then, stink bugs have been identified in Ohio, Indiana, Michigan, West Virginia, Tennessee, and New York. They range in size from half an inch to three-quarters of an inch, with most being brown or gray.

Why Are Stink Bugs In My Home?

One thing to know about stink bugs is that they’re overwintering pests. This tells you a lot about the bug’s behavior. When it begins cooling outside, the stink bugs are going to look for a way to stay warm. To do that, they may decide to sneak into your home. Stink bugs will find a way into your home using holes, gaps, cracks, and crevices. Once inside, they’ll stay there until they’re ready to leave, and they won’t leave until the temperatures rise.

Although concerning, you can rest assured knowing that stink bugs are not going to pose a danger to humans or pets. They won’t bite or reproduce inside of your home. Still, you have to work quickly to get rid of them because their pests can be unsettling.

Getting Rid Of Stink Bugs

When dealing with stink bugs, you need to use techniques that are not going to cause additional problems. You need to make sure that you’re not going to scare or crush the bugs since they can make your home smelly. To negate the risk, you should get rid of stink bugs using a vacuum cleaner. All you need to do is turn on the vacuum and use it to collect the stink bugs. Then, you’ll want to dispose of them in a sealed bag. If the infestation is too much to handle, you need to contact us so we can fix the issue for you.

Can I Get Rid Of Stink Bugs Myself?

In all likelihood, you’ll be able to deal with the infestation on your own. However, it will depend on the severity of the problem. If you only have a few stink bugs in your home, you can likely get rid of them without any issues. Once again, you’ll want to use your vacuum cleaner. Instead, you may want a long-term solution and you may be dealing with a larger infestation. If this is the case, you’ll want to contact us. We’ll take care of it for you.

How Much Will Treatment Cost?

Our company strives to provide its clients with cost-effective treatments. We work diligently to ensure that you can afford our services. When the standard services are used, our prices will depend on the size of your home as well as the infestation severity

It is best to prevent stink bugs from entering your home in the first place. To do that, you should secure your home tightly to ensure that they won’t be able to sneak inside. Take your time and seal the cracks and crevices around the exterior walls of your home.

When Can You Begin?

Don’t hesitate to contact our local office because we’re eager to help you. Once you’ve scheduled an appointment, we’ll reach your home in 24 to 48 hours. We will do our best to arrive quickly and solve the problem even quicker.

If you have any other pest control issues please check out other services. 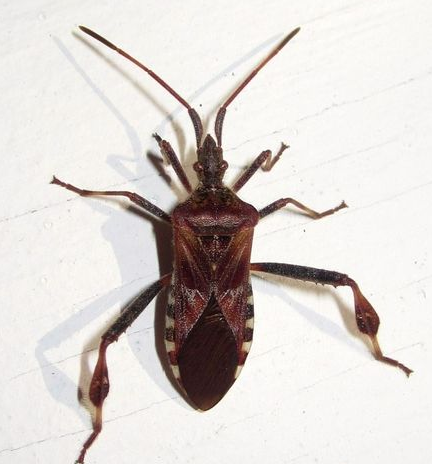